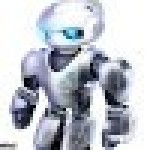 A prominent financier suspected of bankrolling the Rwandan Genocide is set to face trial for charges of human rights violations after running from authorities for more than two decades.

Félicien Kabuga, a businessman suspected of funding militias in the Rwanda genocide, was arrested by French police in 2020.

Kabuga will stand trial on Sept. 29 at The Hague in the Netherlands.

Kabuga was arrested in Asniéres-sur-Seine, outside Paris, where he had been living under a false identity, officials said.

The 84-year-old had been in hiding for 23 years after the International Criminal Tribunal for Rwanda indicted him on charges including genocide and incitement to commit genocide.

Kabuga is suspected to have been the main financier of the ethnic Hutu extremists who slaughtered 800,000 people in 1994. The arrest brings Kabuga to the Paris Appeals Court before authorities hand him over to the tribunal.

Before his apprehension, the United States had offered a $5 million reward for information leading to Kabuga’s arrest.

Rwanda’s genocide began hours after a plane carrying President Juvenal Habyarimana was mysteriously shot down as it approached the capital, Kigali, on April 6, 1994.

The 100-day slaughter, in which more than 500,000 minority Tutsis and moderate members of the Hutu majority were killed by Hutu extremists, ended after Tutsi-led rebels ousted the extremist Hutu government that orchestrated the killings.

The Associated Press and Frank Dorman contributed to this report.

The former senior lieutenant tells the BBC he witnessed the mistreatment of prisoners. [...]

US secures deal on Philippines bases to complete arc around China

CCTV footage reveals the movements of the man who blew up a mosque on Monday. [...]

Australia's highest-ranking Catholic was accused of failing to tackle child sex abuse in the Church. [...]

US, Philippines announce new agreement to ramp up military presence amid China-Taiwan tensions